Glory and Exaltation, Suffering and Death

Next Sunday is commonly called Palm Sunday, but it has another name: the Sunday of the Passion. Now, that word passion in modern English means desire, but it used to mean something quite different, namely, suffering. So in plain, ordinary English, next Sunday is the Sunday of the Suffering. It bears that title because the Gospel reading is the story of Jesus’ suffering on the cross. Paradoxically, the first hymn of the Sunday of the Suffering is entitled “All glory, laud, and honor.” It is a song about Christ’s glory. Now, why sing a song about the glory of Christ on the day when you hear the story of his shameful torture and execution? Well, the answer to that question is given to us today in the reading from John’s Gospel.

Up till the events recounted today, Jesus had repeatedly downplayed the dangers he faced, defying death with equanimity. Again and again, he would say to this disciples, “My hour has not yet come,” meaning “My enemies cannot harm me, for the time appointed for my death has not yet arrived.” But in today’s Gospel story, Jesus says something quite different, “The hour has come for the Son of Man to be glorified.” Now, that doesn’t sound too ominous, till you realize that the means of his glorification will be crucifixion on a wooden cross.

END_OF_DOCUMENT_TOKEN_TO_BE_REPLACED

Of Swords and Crosses, Discord and Discipleship

In last week’s Gospel reading, Jesus summoned the Twelve Apostles and sent them out to proclaim the Good News to the lost sheep of Israel, to heal the sick, to cast out demons, to cleanse the lepers, and even to raise the dead. Before sending them on their way, he instructed them. Today’s Gospel reading is a continuation of that instruction.

Now, Jesus’ words are meant to give encouragement to the Twelve, and to us. But the great demands he makes of his disciples just might have the opposite effect. For unless our faith is strong, the costs of discipleship that Jesus warns about might overwhelm us.

Jesus begins by telling the Twelve to expect no better treatment that he has received. In other words, they should expect to be mistreated and threatened and lied about. Even so, he urges his disciples to have no fear, but to proceed with their mission at any cost. They are not to fear those who can destroy their physical bodies. They are to fear the One who can destroy both their bodies and their souls, that is, the Lord God.

END_OF_DOCUMENT_TOKEN_TO_BE_REPLACED

The Demands of Discipleship

“Cheap grace is the preaching of forgiveness without requiring repentance, baptism without church discipline, Communion without confession, absolution without personal confession. Cheap grace is grace without discipleship, grace without the Cross, grace without Jesus Christ, living and incarnate.” Dietrich Bonhoeffer, a German theologian and pastor, wrote these words in 1937; a few years later, he was executed by the Nazis. Bonhoeffer knew the cost of discipleship, and he was willing to pay the price.

In today’s reading from Luke, Jesus speaks of this cost in words that are both startling and intimidating. He enumerates three demands of those who would be his disciples: 1) hate your family, 2) carry the cross and follow him, and 3) give up all your possessions. Jesus goes on to tell two parables, one about a builder and one about a king, the point of which is “Don’t even start what you can’t finish.”

If we wish to call ourselves Jesus’ disciples, it behooves each of us to consider these three demands and to ask ourselves, “Can I finish what I have started?”

END_OF_DOCUMENT_TOKEN_TO_BE_REPLACED 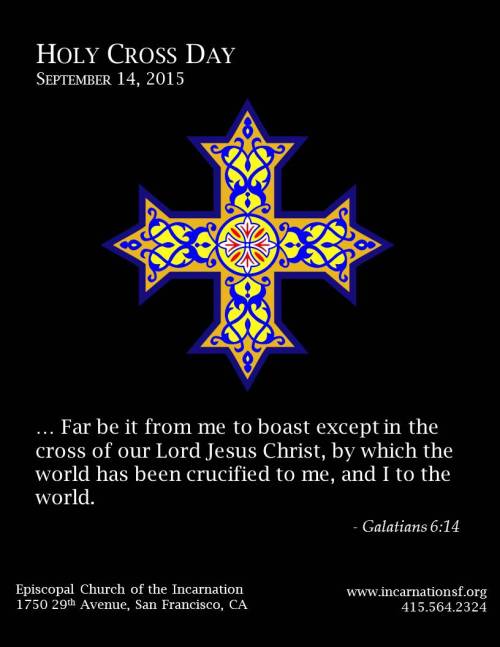 “Get behind me, Satan!” and “Let them take up their cross!”—these are the two standout phrases from today’s Gospel. Now, the word gospel, by definition, means Good News, but the Good News in these two phrases is far from apparent. One phrase is a harsh rebuke. The other phrase is an order to carry a deadly burden. No, the Good News is not apparent, but it’s there nonetheless. 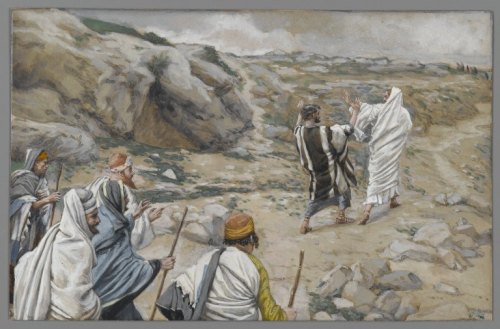 Let’s start at the beginning. Today’s reading from Mark, chapter 8, takes place immediately after the Confession of Peter, in which that saint rightly identifies Jesus as the Messiah. Despite the fact that Peter got that bit right, Jesus knows full well that he is not the kind of Messiah that Peter and the other disciples expect. They expect a military leader who will free the people of Judea from the yoke of Roman imperial rule and who will sit on the throne of David. Dashing the disciples’ hopes, Jesus begins teaching them that this Messiah “must undergo great suffering…and be killed.” Peter is understandably dismayed. So he takes Jesus the Messiah aside and attempts to set him straight. There’s a bit of a role reversal going on here. Peter assumes the role of the master correcting an errant disciple. But this attempt at role reversal doesn’t last for long. Jesus turns his back on Peter, addresses the on-looking disciples, and rebukes Peter, saying: “Get behind me, Satan! For you are setting your mind not on divine things but on human things.” It was a teaching moment intended not just for Peter but also the other disciples.

Jesus’ rebuke of Peter comes across as unduly harsh (at least in the English translation). Here, as is sometimes the case, a knowledge of Greek can further our understanding. That command “Get behind me!” is ambiguous in the original Greek. On the one hand, it can mean something like “Get out of my way!” On the other hand, it can mean something quite different: “Keep following my lead!” I suspect that Jesus intended the latter meaning. He is not pushing Peter aside; he is reminding Peter who is the leader and who is the follower. As for calling Peter “Satan,” that was to drive home the point that Peter was playing the part of the Tempter, even if unintentionally, by encouraging Jesus to avoid death on the Cross at all costs.

END_OF_DOCUMENT_TOKEN_TO_BE_REPLACED

Behold the Wood of the Cross!

Jesus lives! Never forget that, not even on Good Friday! This liturgy is not a funeral for Our Lord. This homily is not a eulogy. We do not come together to mourn his loss.

Instead, we are gathered here today to remember Our Lord’s death and, in some small way, to grapple with its meaning for us. As distasteful as it may be, we must contemplate Jesus’ hideous torture and agonizing death on a cross, for it is at the cross that our sins meet God’s love.

On Good Friday, our liturgy is different from any other liturgy in the year. It’s a muted liturgy, a bleak liturgy, a liturgy stripped bare. On this day, the focus of our attention is the cross—a simple, wooden cross.